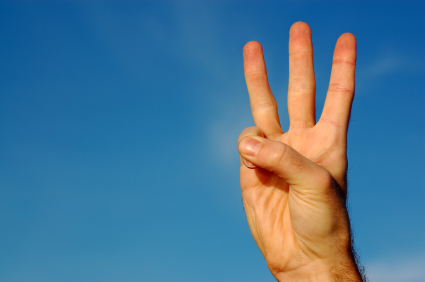 Which group are you from?

Spiritually, in this world and well as the next, there will always only be three kinds of people; The very good ones, the very bad ones and those in between.

In Surah Waqi’ah, Allah Ta’ala categorizes the population of the hereafter as follows:

(1) The forerunners (As-Sabiqun)- the elite.

(2) The people of the right (As-habul Yamin)- the moderate ones.

(3) And the people of the left (As-habush shimal)- the evil people.

And in Surah Fatir (ayah:32), Allah Ta’ala groups the inhabitants of the world in three as well:

(3) And those who are foremost in doing good.

The three groups in Ramadan

The famous Hadith in which Rasulullah (sallallahu ‘alayhi wasallam) is reported to have introduced Ramadan to the Sahabah (radiyallahu ‘anhum) states that he also said: “…it (Ramadan) is a month whose first part (first 10 days) are a mercy, the second part (second 10 days) brings forgiveness and the last part (last 10 days) guarantees emancipation from the fire”

Shaykhul Hadith, Moulana Muhammad Zakariyya (rahimahullah) has explained this to be referring to three categories of people.

1. From all the people who witness Ramadan there are some who are extremely pious, for them the mercy of Allah starts showering down from the first night of Ramadan.

2. The second group is those who are not as pious as the previous ones. They have a mixture of deeds, good and bad too, although their burden of sins are not too heavy. These people engage in worship the first 10 days of Ramadan and by the 11th of Ramadan they become eligible for complete forgiveness.

3. The last group is the very sinful ones. Those who have far less good than bad in their account. Almighty Allah through his grace frees them too from Jahannam (Hell) by the time they reach the final stretch of the blessed month.

Some Scholars have drawn attention to another type of grouping in Ramadan;

1. Those who are already spiritually charged and await this month in earnest. They use this as an opportunity to progress further in spirituality during Ramadan. These maximize their benefit from this month.

2. Those who are aware of the auspiciousness of the month and prepare themselves to honour its sanctity as much as possible. They shun the sins that they usually engage in during the other eleven months of the year and even try to increase their ‘ibadat in Ramadan. However, once the month departs, they revert to those wrongs! It’s as if they braced themselves for this month only and then release the “hand-break” once the crescent of Shawwal is sighted. This is the middle group and unfortunately  the majority.

3. Those to whom Ramadan makes no difference! They show no regard to it whatsoever and persist in the wrongs that they are so accustomed to. These are the deprived ones! They are the real losers!

Which team we belong to is really up to us!

May Allah Ta’ala protect us all and inspire us to accept this auspicious month with open arms, and to maximize our benefit therefrom. Amin.

Did you know? ramzaan what to do in Ramadan 2015-12-12
Ml Muhammad Abasoomar
Share
Previous Secure your future
Next Trade as Islam teaches us