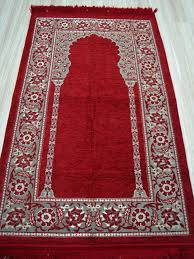 The Virtue and Format of Salatut Tasbih

The Virtues of Salatut Tasbih

Salatut Tasbih is a very important and meritorious form of salah. This is evident from several Hadiths, wherein Rasulullah (sallallahu ’alayhi wasallam) emphasised on it and enjoined it as a matter of great kindness and favour. As such, the ‘Ulama, Jurists, Muhadditheen, and Sufis throughout the centuries have been particular in offering this Salah.

Sayyiduna Abbas (radiyallahu ’anhu) has narrated that he was once informed by Rasulullah (sallallahu ’alayhi wasallam), ”O Abbas! Should I not present to you? Should I not confer to you? Should I not inform you of such an act, which if you practise (these wordings of similar meaning were repeated in order to capture the attention of the listener and to emphasise the importance of the salah so as to instill a yearning to perform it), Allah Ta’ala will forgive all your sins, whether old or new, intentional or unintentional, minor or major, open or secret.” (After describing the method of performing this salah) Nabi (sallallahu ’alayhi wasallam) stated, ”If possible, you should offer this salah once everyday, and if you cannot perform it daily, then offer it on every Friday (weekly), or once a month, or once a year or at least once in your lifetime.” (Sunan Abu Dawud, Hadith: 1297)

The Status and Importance of Salatut Tasbih

Imam Al-Hakim (rahimahullah) who is an authority on Hadith, has written, ”The authenticity of this Hadith (of salatut tasbih) is supported by the fact that, since the second generation after the Sahabah (radiyallahu ’anhum) until our times, all the great teachers in the various sciences of Din have been offering this salah with constancy and have been advising the people to do so. Among them was Imam Abdullah Ibn Mubarak (rahimahullah) (he was the teacher of the teachers of Imam Bukhari (rahimahullah).[1] Imam Al-Bayhaqi (rahimahullah) has stated that, even before Ibn Mubarak (rahimahullah) , Imam Abul Jauzaa (rahimahullah) , a Tabi’i (one who had seen the Sahabah (radiallahu anhum) and whose narrations are considered to be reliable, used to be very particular in offering this salah daily. As soon as he heard the azan for the Zuhr Salah, he would go to the musjid and would complete this Salah before the Zuhr Salah.[2] Imam Abdul Aziz Ibn Abi Rawwaad (rahimahullah) who was the teacher of Ibn Mubarak (rahimahullah) and who was a great devotee and saint, has stated, ”One who desires to attain Jannah should be constant in offering Salatut Tasbih.”[3] Allamah Taqi Ud-Deen As-Subki (rahimahullah) has stated, ” This salah is very important and one should not get misled if some people happen to deny its importance. The one, who ignores it even after learning about its immense reward, is negligent in religious matters, fails to act like virtuous people, and should not be considered as a reliable person.”[4] Sayyiduna Abdullah Ibn Abbas (radiyallahu ’anhuma) used to offer this Salah every Friday.[5] It is mustahab (commendable) to perform this salah on all those auspicious nights wherein extra ibadat (worship) are encouraged e.g. The 15th Night of Sh’aban, The nights of Ramadan etc.

Note: The Authenticity of Salatut Tasbih has been affirmed by the muhadditheen. Many of them have written detailed articles on this matter. Allaamah Suyuti رحمه الله has enumerated up to 20 great muhadditheen who have accepted its authenticity. (Al-Laalil Masnoo’ah vol.2, pg.40) According to the principles of hadeeth, this hadith falls at least in the category of Hasan Ahadith. (see here for more on the authenticity of Salatut Tasbih)

The Method of Performing Salatut Tasbih

Imam Abdullah Ibn Mubarak (rahimahullah) and many other ‘Ulama narrate the following method of offering this salah. (This method is also reported from Rasulullah (sallallahu ‘alayhi wasallam) and is the preferred method). “After reciting thana and before reciting Surah Fatihah repeat these words (the third Kalimah)

Here under is a brief outline of the format, and how many times the tasbeeh should be recited in each posture:

AFTER THANAA – BEFORE SURAH FAATIHA: x 15
[AS FOR THE 2nd, 3rd AND 4th RAKAAT, THE TASBEEHS SHOULD BE RECITED BEFORE COMMENCING WITH SURAH FAATIHA]

WHILE STANDING – AFTER RISING FROM THE RUKU: x 10

SITTING POSTURE – BETWEEN BOTH SAJDAS: x 10

There are no particular surahs specified for this salah. Any surah may be recited. However Sayyiduna Ibn Abbas (radiyallahu’anhuma) was once asked, ”Are there any particular surahs to be recited in this salah? He replied, ‘At Takasur (Sura.102), Al ‘Asr (Sura.103), Al Kafirun (Sura.109) and Al Ikhlas (Sura.112).” Some ‘Ulama have also stated, ”The most virtuous surahs (to be recited in this salah) are Al Hadid (Sura.57), Al Hashar (Sura.59), As Saff (Sura.61) and At Taghabun (Sura.64).” (Raddul Muhtaar vol.2, pg.27)

Some Important Points to Keep in Mind

1. Counting should not be done verbally as this act nullifies the salah. The best way is that the fingers should be kept in their position, but should be pressed one by one for counting. (Raddul Muhtaar vol.2, pg.27)

2. This Salah can be offered at any time of the day or night besides the three forbidden times. However, the more appropriate times, in order of preference, are: After midday (zawal), any time during the day, and any time during the night. (Fadhail A’amal, Virtues of Zikr pg.245)

5. If one missed out all or some tasbeehs in any posture, there will be no need to make sajda sahw (at the end of the salah) to compensate for this omission. However, the omitted amount should be made up for in the next posture unless the subsequent posture is that of qaumah (the standing position after ruku) or jalsah (the sitting position between the two sajdas). In these postures, one should recite the kalimas as specified and then cover up for the deficiency in the next act. For instance, if one omits the recitation of the tasbbeehs in the ruku, one should make up the deficiency in the first sajda. (Raddul Muhtar vol.2 pg.28)

6. Whilst performing this salah, it is also advisable to tie (fold) the hands when standing in Qaumah (the posture between the ruku and sajdah) when reciting the tasbeehs. (Ahsanul Fatawa vol. 3, pg.491)

Practise and Convey This Gift Granted to us by Rasulullah (sallallahu ‘alayhi wasallam).