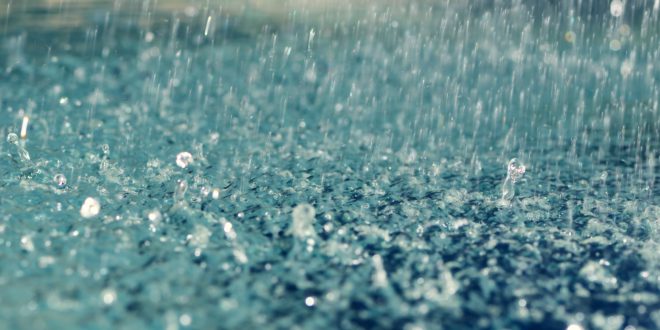 The Sunnah Response to Rain

When referring to rain, Allah Ta’ala has mentioned dual purpose. In one verse, He says: “And he is the One who sends the winds ahead of his mercy” i.e, rain (Surah Furqan, verse: 48)

In another verse Allah Ta’ala says: “When they (the nation of Aad) saw a cloud approaching their valleys, they said, ‘This could will give us rain’ Nay! It is the calamity you were to be hastened. A wind wherein is a grievous punishment.” (Surah Ahqaf, verse: 24)

Allah Ta’ala has complete control over everything. Within the blink of an eye He can change good conditions into adversity and adversity into good. He can create benefit for a certain people and yet harm others with the very same matter.

Rain for example, is one of those components as is witnessed by all and could be understood by the above verse of the Quran. A Sahabi (radiyallahu ‘anhu) once requested Rasulullah (sallallahu ’alayhi wasallam) during the Friday sermon to make Du’a for rain. The following Friday, the very same companion asked Nabi (sallallahu ’alayhi wasallam) to ask Allah to stop the rain as it had rained continuously the entire week and was causing difficulty. (Sahih Bukhari)

Due to this multiple effect of rain it was the practice of our beloved Nabi (sallallahu ’alayhi wasallam) that whenever the winds would blow –which is a natural forecast of rain –his colour would change and he would become worried. Upon enquiry, he would say: “I fear that it could be a punishment for my ummah.” He would also recite the following du’a:

Thereafter, if it rained calmly, he would become relieved to such an extent that he would even go into the rain, open his chest or any part of his body and let the rain fall on his body so as to take blessing from it. Upon enquiry, Rasulullah (sallallahu ’alayhi wasallam) said: “Indeed it (the rain) has just recently come from my lord.” (Sahih Muslim Hadith: 2080)

The following Du’a were also recited by Rasulullah (sallallahu ’alayhi wasallam) whilst it rained:

O Allah! let it be a beneficial downpour.

During a severe downpour Rasulullah (sallallahu ’alayhi wasallam) would recite:

O Allah! (let rain) around us and not upon us.

And if it thundered, Rasulullah (sallallahu’alayhi wasallam) would recite:

After it rains, one should say:

It has rained through the grace and mercy of Allah.

These are only some of the sunnah du’as to be recited when it rains.

Du’as are accepted at the time of rain: Sunnan Abu Dawud Hadith 2533; Mustadrak Hakim vol.2 pg.114-Hadith 2535. This Hadith has been classified as Sahih by Imams Hakim, Dhahabiy-ibid and Shawkani; Tufatul Dhakirin pg.69. Also refer to Adhkar of Imam Nawawi)

In some countries, the masses are so aware of this, that when it rains you will see people standing and making du’a, from wherever they may be.

Lets implement these sunnats and respond to rain the sunnah way!