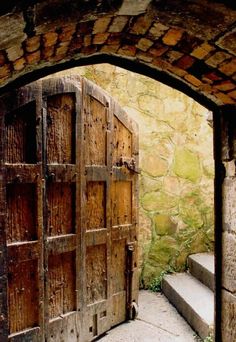 The Shaytan is about to be Released!!

EQUIP YOURSELF AGAINST SHAYTAN’S ‘HEART ATTACK’!

Rasulullah (sallallahu’alayhi wasallam) said, “The heart of the person who remains awake (in ibadat), desirous of attaining the promised rewards from Allah Ta’ala, during the night of Eidul Fitr and Eidul Adha will not die on the day when (spiritual) hearts will be dead.” [Ibn Majah, Hadith: 1782]

‘The day when hearts will be dead’, refers to the era wherein people will be entangled in havoc and sin. This explanation perfectly matches the pitiful state of affairs unfolding before our eyes daily. Hence, by simply practicing on this Hadith, Allah Ta’ala promises to keep our spiritual hearts steadfast on His Din when Shaytan will be launching his ‘deadly attacks’ on our ‘spiritual hearts’. Just as how we encouraged one another to join in and to keep the masjids lively during Ramadan, let us extend this blessed lively atmosphere to just one more night! That is, by spending this auspicious night in ibadat and abstaining from all types of sin.

PERMANENT SECURITY AGAINST SHAYTAN IN THE FUTURE

‘Should I not inform you of such acts which would expiate your sins and elevate your ranks (in Jannah)?’

‘Yes, of course, O Rasulullah’ was the enthusiastic reply from the Sahabah. Nabi (sallallahu’alayhi wasallam) then stated,

‘This is achieved by performing a perfect wudu despite facing unfavorable conditions (such as inclement weather, cold water, sickness etc.), taking many steps to the masjid and anticipating the next salah after having performed one.’

(This reward will be received irrespective of one being in the business place or involved in any other activity between the two salahs).

(i.e. in addition to being so meritorious as well).
This is a divine formula from our Nabi (sallallahu’alayhi wasallam) to maintain and improve our spiritual condition after Ramadan. By firmly practicing on this hadith, we will be perpetually secure against the wicked schemes of Shaytan, insha Allah.

May Allah Ta’ala protect us all. Ameen.