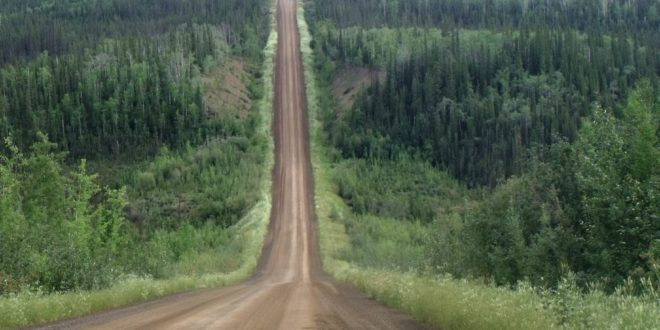 The progressive slide; Then and Now

It’s a common fact; the further we progress in time from the era of Rasulullah (sallallahu’alayhi wasallam), the more we degenerate on a universal basis. The scary part is the speed with which we are currently deteriorating!

Emphasis on the inner self

Islam has always emphasised on the internal self rather than the mere appearance of an action. By offering a sacrifice during ‘Eidul Ad-ha no meat or blood reaches Allah; and neither are they the objectives of this obligation. Allah Ta’ala says:

“Their meat nor blood reaches Allah, but it is your taqwa (piety) that does”

For this reason we are allowed to consume the meat ourselves. In fact according to some scholars, it is incumbent for one to partake of his own animal of sacrifice.

Another example by which we can understand this philosophy of Islam is the Hadith in which Rasulullah (sallallahu’alaihi wasallam) said:

“One dirham (at times) surpasses one hundred thousand dirhams.” The Sahabah (radiyallahu ‘anhum) enquired the reason to which he (sallallahu’alaihi wasallam) replied: “One person has abundant wealth and donates a hundred thousand there from, while another man only has 2 dirhams, from which he donates 1 dirham!”

In other words, sometimes when the charity of two separate people are compared, outwardly one of them may have contributed far more than the other (even a hundred times more) but the intention, sacrifice, and heart with which that one dirham was given cannot be matched by the one who donated one hundred thousand times more!

In the light of this principle, we would understand the following:

Having the Quran is not sufficient; the actual reward lies in reciting it and abiding by it.

Having an “Islamic” ringtone or wallpaper doesn’t define one as truly Islamic.

The beauty and number of the Masajid do not matter as much as the numbers of those who frequent it does.

The same goes to any other aspect of Din; it’s the quality rather than quantity that counts; it’s the inner spirit with which an action is carried out that has a greater impact compared to the outer image.

A Lesson from the Recent Past

Unfortunately, presently we (the Ummah at large) have attached such importance to the outer appearance that we have become oblivious of the actual essence of these acts of worship.

In the years gone by, when a person would go for Haj, it would be a unique experience for the entire community. The people would accompany the prospective Haji to the outskirts of the town, or to the train station, the seaport, or airport. Emotions would be high; tears would be rolling down the cheeks of the envious onlookers. This future Haji would be given a stack of papers with various requests; requests of a sublime nature. Some would be requests for du’a to be blessed with children, others may ask that Allah grant them suitable partners etc. A few would ask that their du’a be made at a specific location or in a particular time in the blessed lands. This Haji would try his best to fulfil these requests and more often than not, the desired results would be achieved.

Upon his return, the atmosphere would be electric, the airports or seaports would be crowded, and people would be full of anticipation to meet the returning Haji; to request his du’as once more as Rasulullah (sallallahu’alayhi wasallam) said:

“O Allah! Forgive the Haji and all those on behalf of whom he seeks forgiveness.”

“When you meet a (returning) Haji, then greet him and ask him to seek forgiveness on your behalf before he enters his home, for his du’as are (more) accepted until then.”

Meeting the Haji upon his return was the habit of the Sahabah (radiyallahu’anhum) as well. (Musnad Ahmad, Hadith: 6018)

This entire experience was a moving one. It affected both parties; those who performed the Haj and those who didn’t.

Today people still go for Haj, in fact the numbers are much more as well, but the spirit of the both; the prospective Haji as well as those remaining behind are no more there. The Haji in most cases leaves and arrives un-noticed. Nowadays those who go for Haj are still handed a stack of requests; requests of a very different kind. Some of them request a particular watch, others demand a specific clothing item or gaming device. Even today the location and exact spot is mentioned in these requests, but these are the locations of shops; locations outside the actual places of worship.

This is just a single example. The following table shows the extent of our slide down the slope of retrogression:

Ironically, despite being aware of this free-fall we remain heedless in stopping it!

May Allah Ta’ala guide us all and may He restore the days of glory that the Ummah needs so badly. Amin.

don'ts of Haj essence of Qurbani haramain visits ikhlas 2013-09-11
Ml Muhammad Abasoomar
Share
Previous Status of the Hadith: “My Companions are like the Stars”
Next Imam Al-Rawwasi (رحمه الله); the result of Respect