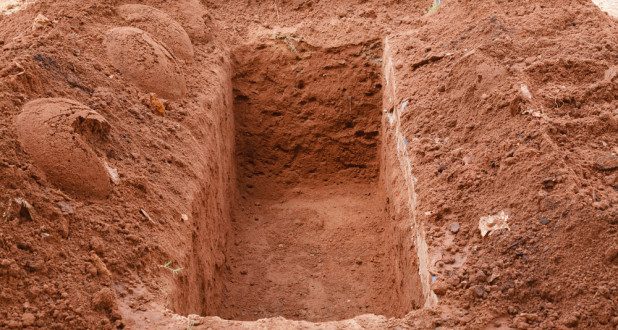 The huge rewards for attending a funeral

As we get closer to Qiyamah, death becomes more widespread. At present, we receive the sad news of the death of near and dear ones with more frequency than before.

Click here for what to do when receiving the sad news of someone’s passing away.

To attend a funeral is the right of our fellow muslims and indeed very rewarding.

The Tabi’i; Imam Mujahid (rahimahullah) said: ‘Attending a funeral is the best of voluntary (nafl) acts.’

Hereunder are ten reliable Hadiths on the benefits of attending to the Janazah.

Washing and enshrouding the deceased

There is great reward for giving ghusl to the deceased, on condition that a person conceals all the defects/faults of the deceased.

The ideal is for one to accompany the Janazah from the home, to the salah as well as the burial. However, even if just one of these are possible, one will be rewarded accordingly.

2. Imam Bukhari and Imam Muslim (rahimahullah) have recorded the following narration numerous times with variation in the wordings:

Carrying the four sides of the bier

“Whomsoever follows a Janazah, then he should certainly carry all sides of the bier, for verily this is from the Sunnah. [After carrying all four sides], he may continue to carry the bier or he may leave it”

“To receive the full reward of attending a Janazah, one should leave with the Janazah from its home, carry all four sides of the bier and scoop sand into the grave”

4. Nabi (sallallahu’alayhi wasallam) said: …Whoever digs a grave for a deceased person and buries him, will receive the reward of giving him a place to reside in till the Day of Qiyamah.

Speaking good of the deceased

Nabi (sallallahu’alayhi wasallam) has discouraged the ummah in several Hadiths against speaking ill of the deceased. One should rather speak good of our fellow Muslims who are deceased.

‘When you attend a funeral (or visit a sick person), then speak good [about the deceased/the sick], for the Angels say amin to your du’a.’

Abul Aswad (rahimahullah) said, “I asked, ‘O Leader of the believers, What is inevitable/become necessary?’ He replied, ‘I say as Nabi (sallallahu ‘alayhi wa sallam) said, “Allah will admit into Jannah a person whom four people attest to his good ways/habits” We asked, ‘And if three people do so?’ He replied, ‘Three as well.’ We asked, ‘And two?’ He said, ‘Two also.’ Then we did not ask him about one.’”

“Any believer who consoles his brother at the time of a calamity, will be rewarded by Allah Ta’ala with noble garments on the Day of Qiyamah”

Forgiven for attending the burial

Sometimes a person is forgiven after his death only because he attended a funeral and threw sand in the grave of his fellow muslim.

Although dreams by themselves are not sufficient proof in Shari’ah, the Scholars generally quote them from time to time for encouragement purposes.

The books that discuss the biographies of the ‘Ulama are filled with the mention of dreams.