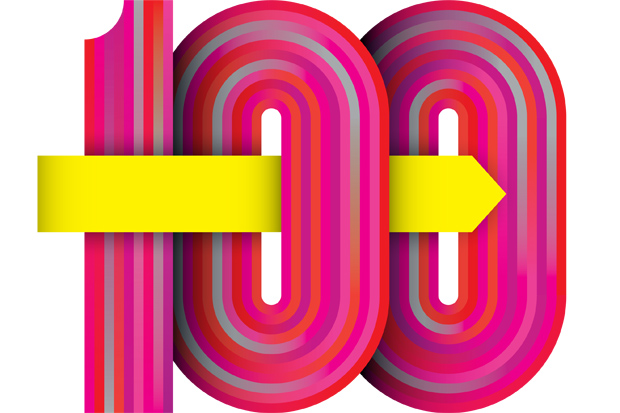 The Hadith which promises the reward of 100 Martyrs

The following hadith is commonly quoted when emphasising the importance of the sunnah:

“Whoever holds of to my sunnah at the time of corruption of my Ummah, will get the reward of a hundred martyrs”

This hadith is reported by the following Sahabah (radiyallahu ‘anhum)

Imam Naji (rahimahullah) has mentioned that Bayhaqi has also recorded it in his Al-Madkhal on the authority of Sayyiduna Abu Hurairah (radiyallahu ‘anhu) with the reward as “a hundred martyrs” (‘Ujalatul Imla, pg.40)

Note: Imam Tabarani (rahimahullah) cites the narration of Abu Hurayrah in Al-Mu’jamul awsat (5414) wherein there is mention of the reward of only “one martyr”

Imam Naji (rahimahullah) states that the version of Tabarani was probably altered. He says:

One could also argue that both versions of Sayyiduna Abu Hurayrah (radiyallahu ‘anhu) be viewed separately. It is possible that Rasulullah (sallallahu ‘alayhi wasallam) initially said “one martyr”. Thereafter Almighty Allah increased the reward to that of “one hundred martyrs”. This explanation is common in such cases. Furthermore, the narrations of the following Sahabah also support the reward of one hundred martyrs.

He then references it to Bayhaqi also.

Recently, a friend drew my attention to this narration in Ibn Batta’s Al-Ibanatul Kubra (vol.1, pg.309)

This version also has the reward as one hundred martyrs.

The status of the Hadith

The reason for this is that Hafiz ibn Hajar has abstained from criticising the narration in his book “Hidayatur Ruwat”. Hafidh ibn Hajar himself has stated that his silence in this particular chapter (fasl thani) denotes acceptance. (Introduction fo Hidayatur Ruwat, vol.1 pg. 58)

Furthermore, Al-Mundhiri (rahimahullah) has quoted the narration in a manner that indicates acceptability to him. i.e. He used the wordعن  (‘an) when doing so. He has stated in his introduction to Al-Targhib that any narration for which he uses the word عن  (‘an) will be sahih (authentic), hasan (sound) or close to them two. (Targhib, vol.1 pg. 37)

Lastly, Shaykh Muhammad Tahir Al-Fatani (rahimahullah) quotes a similar Hadith with the same virtue of a hundred martyrs for reviving a sunnah, and grades it as hasan (sound) (Tadhkiratul Mawdu’at, pg.44)

Some people have challenged the authenticity of the narration of Sayyiduna ‘Abdullah ibn ‘Abbas (radiyallahu ‘anhuma) because of a narrator in the chain named: Hasan ibn Qutaibah. Their claim is backed by the fact that ‘Allamah Dhahabi (rahimahullah) has declared him extremely weak (هالك) (Al-Mizan, vol.1 Pg.473 )

According to them, this ought to render the narration as extremely weak.

Hasan ibn Qutaibah being extremely weak is not a unanimous verdict.

Hafiz Al-Mundhiri (who is an earlier muhaddith to Dhahabi) actually viewed Hasan ibn Qutaybah as one regarding whom there are mixed opinions. He therefore included him in the “chapter of the narrators that are differed upon” at the end of his book. (Targhib, vol.4 pg.569)

Note: The verdicts of these five Muhaddithun denote general weakness, i.e, not severe.

Note: The words used by the above two Muhaddithun denote a degree of credibility.

These quotations clearly illustrate the amount of difference on Hasan ibn Qutaibah’s credibility. To only quote those Muhaddithun who discredit him severely while omitting those who stated otherwise is academic treachery.

Narrations that have people like this (differed upon) are generally classified as hasan (sound) by Mundhiri (rahimahullah) and others. (see introduction to Targhib, vol.1 pg.37 and Qawa’id fi ‘Ulumil hadith, pgs.72-77)

The varied opinions of the earlier scholars on Hasan Ibn Qutaibah only affect the narration of Sayyiduna ‘Abdullah ibn ‘Abbas (radiyallahu ‘anhuma).

The Hadith in question is further substantiated by the narration of Sayyiduna Abu Hurairah (radiyallahu’anhu) in which there is apparently no mention of Hasan ibn Qutaibah. Therefore even though some may challenge the authenticity of the chain of Sayyiduna ‘Abdullah ibn ‘Abbas (radiyallahu ‘anhuma), it acquires sufficient strength when combined with the chain of Sayyiduna Abu Hurairah (radiyallahu ‘anhu). This is probably the reason for three Muhaddithun clearly sanctioning the hadith; they are Imams: Al-Mundhiri, Ibn Hajar and Al-Muhaddith Shaykh Al-Fatani (may Allah be pleased with them all). This is sufficient to prove the acceptability of the hadith.

1. The word used in this narration is: “man Tamassaka” which translates as: One who holds steadfast to my sunnah, and not: One who revives it (as is commonly quoted).

2. A look at the other Hadiths in the chapter under which ‘Allamah Mundhiri and ‘Allamah Baghawi have cited this Hadith clearly points to the meaning being: Adherence to the sunnah in general.

For example, Hafiz Mundhiri (rahimahullah) quotes the following Hadith before this one:

“Whoever eats halal, practices upon the sunnah and doesn’t harm the people will enter Jannah” (Hakim)

‘Allamah Baghawi (rahimahullah) cites the following Hadith before the one in question:

“…Whoever loves my sunnah loves me, and who loves me will be with me in Jannah” (Tirmidhi)

Undoubtedly, these Hadiths do not mean that the love or practice of just one sunnah yields the reward of Jannah! Although it cannot be denied, that Allah Ta’ala could grant an individual Jannah even for his love for only one sunnah.

Therefore, when asked about this issue, Shaykh Yunus Jawnpuri (may Allah protect him) answered: “It’s quite clear that the Hadith is referring to the practice on the entire sunnah, although it wouldn’t be far fetched to understand it to be referring to even just one sunnah” (Al-Yawaqitul Ghaliyah, vol.1 pg.46)

After writing the above, I asked my Respected Teacher, Al-Muhaddith Shaykh Muhammad ‘Awwamah (may Allah protect him) on 13 January 2014, about the meaning of the Hadith, to which he replied: “It’s difficult to say that it refers to adhering to just one sunnah. The more appropriate meaning is the broader one (i.e, that this is the virtue of holding on to the sunnah in general) although one may use it for a specific sunnah when wisdom demands so.”

Be that as it may, let us all make a firm intention to always stick to the way of our Beloved Nabi (sallallahu’alayhi wasallam).