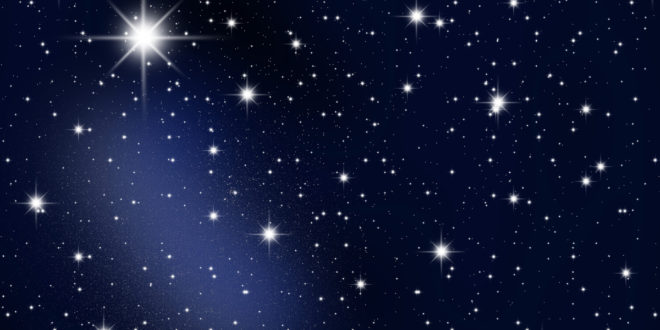 Status of the Hadith: “My Companions are like the Stars”

The following Hadith is often quoted when discussing the topic of the rank of the Sahabah (radiyallahu’anhum).

Although there exists numerous verses of the Quran as well as Hadiths on this matter, the following is a research into the authenticity of the narration in question.

Hafiz ibn Hajar (rahimahullah) has written the following while referencing this narration:

“It has several chains and is reported by the following Sahabah (rahiyallahu ’anhum):

The classification of this Hadith

The authenticity of this Hadith has been debated extensively by the Muhaddithun. Some have classified it as weak, others have said it is Hasan (sound) and a small minority has exaggerated by considering it a fabrication.

One of the reasons for such difference of opinion is the fact that at times, one Muhaddith (expert in Hadith), may regard a particular Hadith as weak due to the chain of narrators that was available to him, whilst another Muhaddith may have a totally different chain which may also be weak and so on. When all these chains are gathered, they could collectively gain the strength for credibility and acceptance. Hence, occasionally, one would notice that the earlier Muhaddithun may have classified a certain narration as weak, whilst some latter day Muhaddith who was able to gather the various chains, regards it as authentic or at least acceptable.

Another scenario of the above could be that when all the various chains are gathered, some Muhaddithun still maintain that the narration is weak, whilst other experts conclude that it has gained enough strength for acceptance. This seems to be the case in the Hadith in question. Since the field of grading Hadith is one that is based on analogical deductions, it is therefore prone to difference of opinion.

Several Muhaddithun have ruled that this Hadith is weak, and some have stated that it is acceptable due to the collective strength that is acquired from the various chains. The writer concurs with the latter view based on the following:

10 Muhaddithun who authenticated this narration

1. Imam Bayhaqi (rahimahullah) has mentioned that though all its chains are weak, its subject matter is supported by other authentic Hadiths. (Kitabul I’tiqad; Tuhfatul Akhyar of Ml. Abdul-Hayy Laknawi, pg.57, Al-Badrul Munir, vol.9 pg.588 and Talkhisul Habir of Hafiz ibn Hajar, vol.4 pg.464)

3. Furthermore, although Imam Ahmad ibn Hambal (rahimahullah) had refuted the authenticity of this narration at one stage of his life, in another instance, he actually accepted it. Shaykh Ibn Taymiyah (rahimahullah) has mentioned that, “Imam Ahmad had used these words as proof and this indicates that he regarded it as authentic.” (refer footnotes on Tuhfatul Akhyar pg.62)

4. Allamah San’ani (rahimahullah) has stated in his book entitled, ‘Tawdihul Afkar’: “As for ibn Abdil-Barr, he also used it as proof in his book, ‘Al-Tamhid’ and he did not comment on it. So, possibly, he considered the combination of all the chains a strengthening factor, or maybe he knew of other Hadiths that strengthen its meaning.” (Ibid pg.63)

6. Hafiz Ibn Kathir (rahimahullah) writes: “The opening paragraphs of the book of ‘Uthman Al-Darimi can give the impression of it being a strong narration” (Tuhfatu Talib, pg.141) i.e. It seems like Imam ‘Uthman Al-Darimi was of the view of this narration being strong.

7. My Teacher, Al-Muhaddith Shaykh Muhammad ‘Awwamah (may Allah protect him) writes: “This Hadith is debated extensively, but it does have several chains. Therefore Ibn Rajab (rahimahullah) chose to quote it and to support this issue with it.” (Footnotes on: Ma’alim Irshadiyyah, pg.56)

8.  Allamah Qasim ibn Qutlubugha (rahimahullah) – a renown Hanafi Muhaddith and Faqih- has stated, “it’s chains have defects, but they strengthen each other.” (refer Tuhfatul Akhyar pg.134)

10.  ‘Allamah Ibn ‘Allan (rahimahullah)- the acclaimed commentator of Riyadhus Salihin- said: “The defect in this chain in such a situation is harmless” (i.e. since it pertains to virtue) (Dalilul Falihin, vol.1 pg.410, Hadith: 192)

In light of the above ten quotations, it would be proper for one to quote the blessed Hadith in question.

If an individual still maintains that it is a weak narration, then as mentioned earlier, this was also the view of some Muhaddithun and should therefore be respected. (Their quotations have been omitted for the purpose of brevity.)

In such cases, it should be remembered that there is no need for vicious opposition because both sides have the support of great, eminent scholars and both views should be respected.

However, the exaggeration of classifying it a fabrication is unacceptable. (See end of footnote on: Ma’alim Irshadiyyah, pg.56) 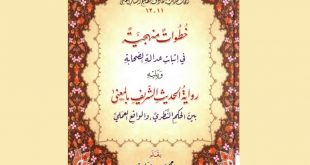