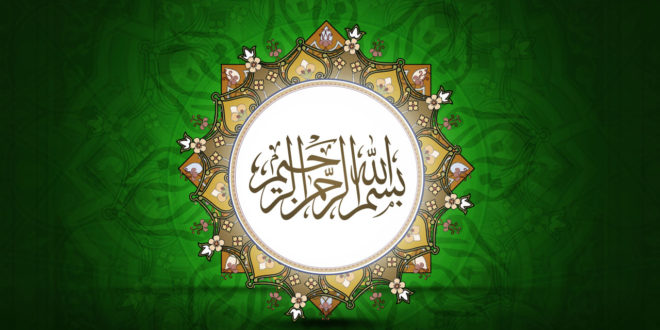 Religion is no Joke!

As a rule, in every Muslim’s life, his religion must always be preferred over entertainment. Or else very little of Islam will remain.

Adherence and reverence for one’s creed must reign supreme.

This is not to say, Islam doesn’t allow recreation, or light heartedness.

The sirah of our beloved Nabi (sallallahu’alayhi wasallam) has many examples of his jovial side. These are well documented and are known to many.

It is absolutely essential that one be able to draw a line between what is allowed and what isn’t. Failure to do so, gradually leads one passed the boundaries of permissibility…

The religion of entertainment!

The trend around the globe is that people are constantly looking for innovative ways of entertaining themselves.

This ‘hunger for entertainment’ has a gradual effect of retrogression on one’s spirituality.

Firstly, as Muslims, our goal in this life isn’t entertainment, it’s the fulfillment of a set of commands of Allah Ta’ala and the practical implementation of the lifestyle of Nabi Muhammad (sallalalhu’alayhi wasalam).

Secondly, one who has the habit of entertaining, often fails to realise the limits. It is therefore necessary to keep one’s self in check, and to get the priorities right.

Thirdly, when one eradicates the Dhikr of Allah from one’s life, this is replaced with futility.

In the recent past, the tendency of making jokes that entail the symbols of Islam have alarmingly increased.

Even more astonishing is the fact that many of us don’t even realise the proportion of its ill-effect.

The Significance of a Symbol

‘And whoever honours the symbols of Allah, does so out of the taqwa [that exits] in the heart.’

A symbol is something that exclusively represents whatever it symbolises.

Making fun of the symbols of Islam is a mockery of Islam itself!

The Fuqaha have ruled that when one mocks at a symbol of Islam, he could be removed from the fold!

Jokes that portray people reciting the Quran or offering Salah in a comical manner, or a man making du’a using words and phrases that are meant to create a laugh indeed fall very close to ‘One who mocks a symbol of Islam.’

How can a Muslim make fun at his very own religion? Even worse is when some make jokes about Allah or ‘God’ or the Messenger of Allah (sallallahu ‘alayhi wasallam), his Companions (radiyallahu ‘anhum) or any religious personalities! How did we reach such a level? It surely didn’t happen in the blink of an eye. These are the ill-effects of our hunger for entertainment.

Who is then to blame for defamatory cartoons and other such mock-ups of our religion?!

‘And it (the Quran and its teachings, ie, Islam) is not a joke’

When one receives such a clip or joke, immediately delete it. Don’t share it with anyone, as this leads to it spreading. Sometimes, ignoring futility is the best way to eradicate it.

By sharing such jokes, we become guilty of this mockery ourselves!

Lastly, one should –if possible- tactfully advise the sender against sharing/creating such content.

May Allah Ta’ala save us from ‘the religion of entertainment’, as that is not the religion brought by Nabi Muhammad (sallallahu’alayhi wasallam)!!