It is a famous statement among the Muhaddithun:

During times of difficulty, fear and hardship, in addition to Quran recital and other forms of du’a etc, one practice of our pious predecessors; recent and ancient is to recite the entire Sahih Bukhari in order to draw Allah Ta’ala’s special mercy.

Sahih Bukhari consists of among the most authentic Hadiths of Rasulullah (sallallahu ‘alayhi wasallam) ever gathered. Through the blessings (barakah) of reciting these noble Hadiths, Allah Ta’ala removes adversity. This is a well tried and tested practice and is based on centuries of experience.

The Muhaddithun in the past and present would recite the entire Bukhari for alleviating – among other things-:

‘Among the many other virtues of Sahih Bukhari, is what the senior Imam Ibn Abi Jamrah (rahimahullah) has mentioned:

‘Some pious people mentioned to me that whenever Sahih Bukhari was recited in times of suffering, it was removed. The ship that has a copy of Sahih Bukhari on board, doesn’t sink. The reason for this is that Imam Bukhari (rahimahullah) was one whose du’as were readily accepted by Allah Ta’ala (mustajabud da’wah) and he made special du’a for those who recited his book.’

‘As is quite famous, there are many experiences of Sahih Bukhari being a means of alleviating problems and fulfilling needs. Quoting these incidents would take a long while.

4. ‘Allamah Sakhawi (rahimahullah) mentioned that during the calamity in Homs (Syria), in the year 680 A.H. the entire Sahih Bukhari was recited. After this the fear of attack from the enemy vanished. Alhamdulillah.

‘When Zabid (a place in Yemen) was surrounded by the enemy [in the tenth century A.H.] they were gripped with fear, Imam Ibnud Dayba’ (rahimahullah) instructed that Sahih Bukhari be divided into parts, and its recital be completed. Before the next morning, the enemy departed and their condition was eased.’

6. Ibn ‘Allan (rahimahullah) writes further, that in his era too [the eleventh century A.H.] the inhabitants of Basrah recited Sahih Bukhari to avert danger, and Allah Ta’ala eased their adversity.

‘Reciting [the entire] Sahih Bukhari is very effective during times of hardship, fear of attack, during illness or drought and other calamities as is widely experienced.

‘Shah ‘Abdul Haq Dehlawi (rahimahullah) writes in Ash’athul Lam’at, that many ‘Ulama and Mashayikh have recited Sahih Bukhari for the successful fulfillment of needs, removal of difficulty, repelling calamity, and curing the ill. They found it to be extremely effective. This is something that has become extremely widespread and well known to the Muhaddithun.

9. Hazrat Shaykhul Hadith Moulana Muhammad Zakariyya Kandehlawi (rahimahullah) writes further: Shaykh Muhaddith Sayyid Jamaluddin (rahimahullah) states that his teacher, Shaykh Sayyid Asiluddin said; ‘I have recited Sahih Bukhari about one hundred and twenty times for my personal needs and those of others. At every attempt, my motives were fulfilled.’

He thereafter cites the above two quotes.

Recent practices of our seniors

1. In Darul ‘Uloom Deoband, when a senior teacher was ill [or during dire need] this practice would be implemented.

Several ‘Ulama who have studied or visited there have attested to this common practice of the senior Scholars of Deoband.

2. The ‘Ulama of Saharanpur also utilised this practice from time to time, as credible sources have stated.

3. Moulana Zafar Ahmad ‘Uthmani (rahimahullah) would resort to reciting Bukhari Shareef when he would take ill, as a means of attaining shifa (cure).

4. ‘Allamah Muhammad Yusuf Binnory (rahimahullah) would -in his madrasah in Karachi- also resort to this at times of need. He would gather suitable reciters and make them complete a swift recital of Sahih Bukhari followed by earnest du’a.

My Honourable Father (hafizahullah), also took part in one such recital with Shaykh, Moulana Binnory (rahimahullah).

See one example in the book: Hazrat Shaykhul Hadith and I, pg.30.

6. In the recent past, the reliable ‘Ulama of Madinah Munawwarah would also gather during times of difficulty to complete a recital of Sahih Bukhari with the motive of easing hardships.

There were several individuals who would arrange such gatherings in Madinah, one of them being by the pious Shaykh, Zakariyya Al-Bukhari (rahimahullah) – an outstanding and unique Wali of Allah Ta’ala. My teacher, Al-Muhaddith Shaykh Muhammad ‘Awwamah (hafizahullah) would attend this particular one.

7. Similarly, ‘Ulama in other parts of the world also engage in this from time to time.

These are our predecessors and our precedents…

In keeping with this, those ‘Ulama who are capable of engaging in a complete recital of Sahih Bukhari are implored to please do so for the general plight of the Ummah, and every other severe need.

This can be achieved in a few short hours wherein able reciters gather and each of them simultaneously recite a part individually.

Once the recital is complete, a du’a can be made.

Kindly remember the writer, his parents & family, teachers, students and well-wishers in that du’a too.

Note: In such a gathering there is no harm in the general masses being present at the end, for the blessings (barakah), as there is no formal ijazah that is given to the attendees.

My Respected Father, Moulana Haroon Abasoomar (hafizahullah) -in light of the current global plight of the Ummah- has began to passionately emphasis this and encourages ‘Ulama who are capable enough to take up this initiative and revive this method of attracting Allah Ta’ala’s mercy upon the Ummah at large. 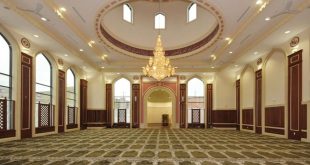 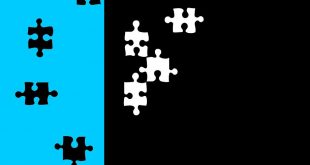