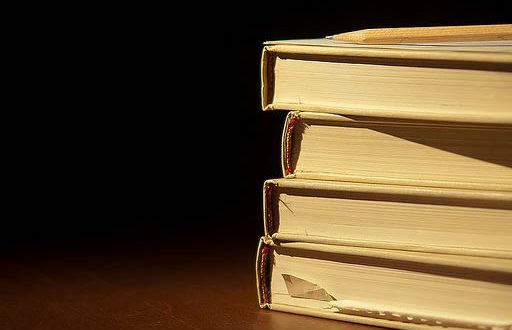 ALL POSTS, Biographies, Blog Articles, From the Pen of Shaykh Binnory

Shaykh Binnory (rahimahullah) was born on Thursday, 6th Rabi’uth Thani in the year 1326-Hijri (1907 Gregorian) in the village of Mahabat Abad, in the province of Peshawar, Pakistan. His family was known for piety, taqwa and knowledge. He grew up in Peshawar and also Kabul.

Moulana Muhammad Yusuf (rahimahullah) returned to Peshawar and occupied himself with lessons and teaching whilst also engaging in political matters for four years, after which he felt remorse for using these four years in politics instead of pursuing further knowledge. After his Shaykh, Moulana Kashmiri (rahimahullah) passed away, 1352-Hijri, he was chosen as a teacher in Jami’atul Islamiyyah in Dhabel and he progressed in the institution until he became the Shaykhul Hadith. Shaykh Binnory (rahimahullah) was part of ‘Al-Majlisul ‘ilmi’ at the Madrasah in Dhabel. This was a research faculty that produced several scholarly works. He was also elected as the Ameer of the Jami’atul ‘Ulama in Gujrat.

In the year, 1370-Hijri (1951), Shaykh Binnory (rahimahullah) migrated to Pakistan on the insistence of Moulana Shabir Ahmad Uthmani (rahimahullah) and Shaykh Badri ‘Alam (rahimahullah), becoming the Shaykh of Tafsir (Master of Quran Commentary) in Darul Uloom Islamiyyah in Sindh. He occupied this post for three years, after which he went for Haj.

Thereafter Shaykh travelled to Karachi and established the foundations of Madrasatul Arabiyyatul Islamiyyah in Newtown which is now world renowned. Initially this institute only catered for specialised fields of Islamic sciences (takhassus). Later at the insistence of others, Shaykh Binnory (rahimahullah) included the elementary and secondary studies departments (‘Alim course) as well. Several senior ‘Ulama of our country had the honour of studying under Shaykh Binnory (rahimahullah) at his madrasah in Karachi.

Shaykh Binnory (rahimahullah) took great effect from his Teacher; ‘Allamah Anwar Shah Al-Kashmiri (rahimahullah). He was accepted as his senior student, despite spending approximately just one year in the company of Shaykh Kashmiri. Shaykh Binnnori (rahimahullah) authored several books in Arabic and Urdu, the most famous being his unique Arabic commentary of a portion of Sunan Tirmidhi, entitled: Ma’arifus Sunan. This is in addition to the various articles he wrote for the journals in Pakistan as well as in Egypt. He was extremely fluent in the Arabic language, a fact that was acknowledged by several Arab scholars too. He had established a research faculty (Darut Tasnif) at his Madrasah in Karachi, from which several other books were published by his senior students. Our Darul Hadith Research Centre in Durban, South Africa is a product of the Shaykh’s vision of research. Our Ameer at Darul Hadith, my Honourable Father, Moulana Haroon Abasoomar saheb (hafizhahullah) is a student of Shaykh Binnori.

Shaykh Binnory (rahimahullah) also had the opportunity to travel to many parts of the world, thereby meeting the ‘Ulama of these countries too. In so doing, he managed to attain ijazah in Hadith from several senior Hadith scholars in the Arab world. He also issued ijazah to many others in those countries. He had a special attachment to the Haramayn and travelled there frequently. In the latter part of his life, Shaykh would observe i’tikaf annually in Masjid Nabawi. Shaykh Binnory (rahimahullah) visited our country, South Africa as well. While he was here, he visited the academic establishments, and also addressed the Tablighi Ijtima’ (gathering). Shaykh (rahimahullah) visited Egypt on several occasions. He maintained a close relationship with the ‘Ulama there as well. Namely; the Great Hanafi scholar, Shaykh Muhammad Zahid Al-Kawthari (rahimahullah) and the Rector of Al-Azhar at that time, Shaykh ‘Abdul Halim Mahmud (rahimahullah). When he would visit the Arab world, he had the habit of taking books written by the ‘Ulama of the Indo Pak subcontinent as gifts for the ‘Ulama there. In this manner he bridged the gap between the seniors of these schools. Hence he also contributed to the efforts of introducing the Akabir (seniors) of Deoband to the Arab world. Shaykh Binnory was widely praised by ‘Ulama from around the world. In addition to the ‘Ulama of the Indo Pak Subcontinent, he was acknowledged by ‘Ulama from the Haramayn, Syria, Egypt and Turkey. He became known as ‘Muhaddithul ‘Asr’ (The Great Hadith Master of his era).

Shaykh Binnory (rahimahullah) was known for his istighna (reticence), his tawakkul (reliance on Allah), his outstanding memory, his concern for establishing the Truth and defending it against the deviant groups. He was also a pillar of steadfastness in promoting the Truth, fearing none besides Allah. He made untold sacrifices in tackling deviated sects, especially Qadianism. He is admired for his achievement of combining all avenues of Spiritual Islam; He was a Sufi (ascetic), a Muhaddith (Hadith Master), a Mufassir (Commentator of the Quran), a Faqih (Jurist), a Muballigh (preacher), and a Musannif (author).

Shaykh Binnory passed away on 17 October, 1977 (3 Dhul Qa’dah, 1397 A.H.) at the age of 71. He was buried in the precincts of the Madrasah in Binnory Town, Karachi. May Allah Ta’ala fill his grave with nur and bestow him the highest stages in Jannah. May He also enable us to follow in the footsteps of our seniors.

Note:
There are other ways to pronounce the surname ‘Binnory’. I have preferred this one because of its popularity.

Inspirations Shaykh Binnory thirst for knowledge 2016-10-04
Ml Muhammad Abasoomar
Share
Previous The Importance of Tabligh
Next We have our own standards of conduct..