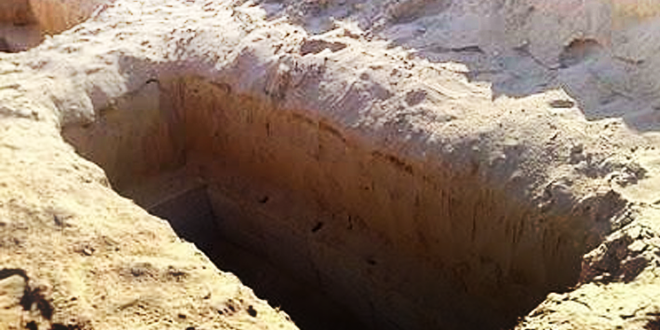 Isal-Thawab (Your link to the Deceased)

Whoever comes to this world has to depart and therefore everyone suffers the loss of a dear and near person at some point in his or her life. One method of reducing the grief felt over that loss is to constantly benefit the deceased through Isal-Thawab, which means: to dedicate the reward of a particular nafl deed to someone; deceased or alive.

Isal-Thawab (to perform a virtuous act and dedicate the reward to any person, alive or deceased) is permissible and in fact (Mustahab) meritorious.

There are basically two forms of Isal-Thawab:

1. The conveying of the reward of (voluntary) charitable deeds.

2. The conveying of the reward of (voluntary) physical deeds that do not entail wealth, e.g. salat, fasting, dhikr, recitation of the Holy Quran, tawaf of the Ka’bah, etc.

The first form is unanimously acceptable by the Ahlus Sunnah Wal Jama’ah. The second form is correct according to the Hanafi and Hanbali Madhab and several Shafi’i and Maliki scholars as well.

As for the reward of du’a (which is separate from the above), there is also unanimity of the scholars in its reward reaching and benefiting the deceased. (Refer Adhkar of Imam Nawawi)

Hafiz ibn al-Qayyim (rahimahullah) states that if one accepts the charitable form of Isal-Thawab and refutes the physical form, he should be asked: ‘What is the proof to show that the recitation of the Holy Quran does not reach the deceased?’

Allamah Qurtubi says, ‘Just as the reward of charitable deeds benefit the deceased, similarly, the recitation of the Holy Quran, Du’a and Istighfar (seeking forgiveness) also do the same, because all of these are regarded as sadaqah (charity) in Shari’ah.’ (Tazkirah, pg.71)

He thereafter mentioned two narrations recorded in Sahih Muslim which prove that even salat and dhikr of Allah (tasbih, takbir and tahlil) were all classified as sadaqah by Rasulullah (sallallahu’alayhi wasallam). Hence, there remains no dispute in whether the reward of Quranic recital benefits the deceased or not.

Besides the above, I will now for academic reasons, mention some proofs that substantiate both forms of Isal-Thawab.

1. Rasulullah (sallallahu’alayhi wasallam) slaughtered sheep during his farewell Hajj and made intention for himself and all those (alive, deceased and to come) who bring faith on his prophethood. (Sahih Bukhari)

2. Imam Bukhari has reported on the authority of Sayyiduna ‘Abdullah ibn ‘Abbas (radiyallahu’anhu) that Sayyiduna Sa’d ibn Ubadah (radiyallahu’anhu) was away when his mother passed away. When he returned, he asked Rasulullah (sallallahu’alayhi wasallam), ‘Will it be of any benefit if I give charity on her behalf?’ Rasulullah (sallallahu’alayhi wasallam) replied in the affirmative. (Sahih Bukhari, Hadith: 2762)

Hafiz ibn Hajar al-‘Asqalani (rahimahullah) states in his monumental commentary of Sahih Bukhari entitled, ‘Fathul Bari’, ‘this Hadith proves the permissibility of charity on behalf of the deceased and that the reward will reach him.’ (Fathul Bari vol.5 pg.477 Hadith: 2761)

4. A separate incident of a similar nature has been recorded by Imam Bukhari in his Sahih (Hadith: 6698). Hafiz Ibn Qayyim (rahimahullah), the famous student of Hafiz Ibn Taymiyah (rahimahullah), after quoting the above Hadiths, states: ‘These quotations all concur with the fact that when the living carry out any deed on behalf of the deceased, the reward will reach him (benefit him)’ (Kitabur Ruh pg.161)

Practice of the Sahabah (radiyallahu’anhum)

5. Sayyiduna Lajlaj (radiyallahu’anhu), a companion of Rasulullah (sallallahu’alayhi wasallam), had bequeathed his son that after he leaves this world, he should recite the beginning and end of Surah Baqarah at the head side of his grave. Sayyiduna Lajlaj (radiyallahu’anhu) then mentioned that he heard this from Rasulullah (sallallahu’alayhi wasallam). (Mu’jamul Kabir of Imam Tabrani; Hafiz Haythami has regarded the narrators of this tradition as reliable – refer Majmu’z zawa’id vol.3 pg.44)

6. This has also been recorded to be the practice of Sayyiduna ‘Abdullah ibn ‘‘Umar (radiyallahu’anhu). (Sunanul Kubra of Imam Bayhaqi vol.4 pg.56). This narration has been classified as hasan (sound) by Imam Nawawi and Hafiz ibn Hajar (rahimahullah). (Adhkar pg. 212 Hadith: 493; Futuhatur Rabbaniyyah vol. 3 pg. 194)

7. An incident of Imam Ahmad ibn Hanbal has been recorded by Imam Abu Bakr Khallal in his Kitabul Jami’ as well as in his booklet entitled, ‘Amr bil Ma’ruf Wa Nahi ‘Anil Munkar, and according to this, Imam Ahmad had approved of the recitation of the beginning and end of Surah Baqarah. (Refer Athar Hadith of Muhaddith Shaykh Muhammad Awwamah pgs. 162-163)

8. ‘Allamah al-Qurtubi (rahimahullah) states that, ‘Some of our ‘Ulama have based the permissibility of Isal-Thawab of the recitation of the Qur’an on the Hadith of Sahih Bukhari (Hadith 216, 1361) and Sahih Muslim wherein there is mention of Rasulullah (sallallahu’alayhi wasallam) placing fresh branches on two graves and He (sallallahu’alayhi wasallam) said, ‘Perhaps their punishment will be lightened through it as long as the branches do not dry up.’ (The ‘Ulama explain the reason for the punishment being repelled was the tasbih that those fresh branches will recite). This is also echoed by ‘Allamah Nawawi (rahimahullah) in his commentary of Sahih Muslim. (vol.1 pg.141.)

‘Allamah Qurtubi further states, ‘If the tasbih of trees can benefit the deceased, then why not the recitation of the Qur’an by a believer in Allah?’ (Tazkirah pg.70)

9. Hafiz Ibn Hajar (rahimahullah) has mentioned in a reply to a query of whether the reward of recitation of the Qur’an reaches the deceased, that; it is mustahab (meritorious) for one to do this form of (Isal-Thawab) abundantly. (refer Tawdihul Bayan li wusul thawabul Qur’an of Shaykh ‘Abdullah Siddiqui Ghumari pg.2) Besides these there are numerous other narrations of this nature.

10. If after understanding the above, one still denies the validity of the physical form of Isal-Thawab, then the following method can in no circumstance be refuted. That is that after one carries out a physical form of worship (i.e. Salat, fasting, recitation of the Holy Quran, etc.), he should make a du’a to Almighty Allah that Allah, firstly, accepts this noble deed and he should thereafter ask Allah to grant the reward to so and so person. In this way, if Allah accepts the du’a, the reward will automatically be conveyed to that specific person alive or deceased.

This method has been prescribed by great scholars like Imam Nawawi and Hafiz ibn Hajar (rahimahumallah) so as to remove all differences of opinion. It has already mentioned that there is no doubt in the deceased benefiting from the Duas of the living. In a narration of Sahih Muslim, Rasulullah (sallallahu’alayhi wasallam) has mentioned that one of the three things that will benefit the deceased is: the Du’a of one’s pious children. (Sahih Muslim pg.4199)

Lastly, I would like to mention that this issue is not something connected to beliefs, instead it is a secondary issue which is open to difference of opinion. (Fatawa ibnus Salah vol.1 pg.149). Hence, no one can claim that either party is guilty of perpetrating an act of bid’ah (innovation), bearing in mind that the majority of the scholars accept all forms of Isal-Thawab. (Refer Kitabur Ruh)

Death Family Inspirations isaal-e-sawaab solutions What to read for the dead 2016-03-15
Ml Muhammad Abasoomar
Share
Previous Reality of life: Six qualities
Next Success is attained by following the commands of Allah and adopting the Sunnah