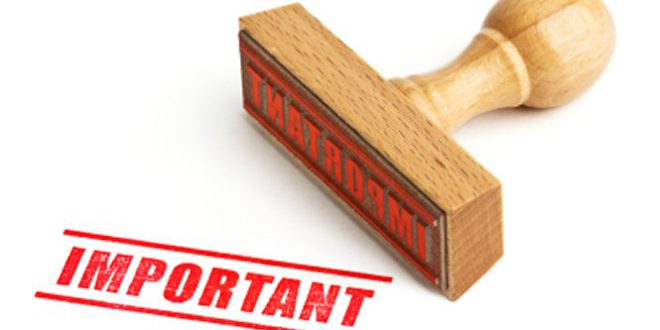 Is Adab (respect) really so important?

Passing on etiquette as insignificant generally leads to the abandoning of deeds that are sunnah, which leads to the discarding of a wajib (compulsory) act and so on.

“If I leave out a single etiquette of Islam, I fear that Allah I will deprive me of all that He has bestowed me with.”

The society we live in is so foreign to the concept of adab that many a reader of today may consider the above statement as exaggerate.

The following two incidents serve as an eye-opener to all in this regard:

Before quoting it he writes:

“I feel difficult to quote this episode because of its last portion, but I will do so anyway so that I may draw attention to something important”

“I was once, while studying in Halab (Aleppo) carrying my kitab in my left hand when my teacher, a great scholar and one with rare capabilities, Shaykh Ahmad Qallash (rahimahullah) came to me and took the kitab from my left hand and placed it in my right hand saying: “O Allah grant me my book (i.e, book of deeds in the Akhirah) in my right hand”

Several years passed and I had become a student in the Damascus University. It was the last day of the term and we were waiting to have our oral examination taken for the kitab “Tuhfatul Fuqaha” (a book of Hanafi Fiqh)

One of the students became tired of standing for such a long time and wanted to take a seat on the stairway, but it was dusty. He was wearing a black pants and the dust would easily show on it. So he placed the kitab on the step and sat on top of it!!!

Shaykh (may Allah protect him) continues: “By Allah! I feel hurt even just relating this incident, but my purpose was to draw a lesson…”

Look at the difference between the two; one of them felt nothing wrong in committing this act of disrespect and the other excuses himself twice for merely quoting the incident….!

This (acquisition of adab) is a major benefit of studying under a reliable ‘Alim, instead of self (or even online) study.

A few years ago, on a visit to him with my beloved Father, He told us the following story:

“We generally go to certain parts of Africa  for the service of Din and we habitually take with us copies of the Holy Quran for distribution. The sad reality is that in many places people haven’t even seen the Quran. They learn from slates etc.

While in a remote part of Africa we handed over a copy of the Quran to a person walking in a jungle. He became ecstatic, kissed it and placed it on his head. In Fact it was like a ceremony in that village, where many people gathered just to see this. We were indeed moved by their respect for the Quran.

That very year, I was blessed with a visit to the Haramain (The blessed lands of Makkah and Madinah). While sitting in the Haram (Holy Masjid) after a particular salah, I noticed the cleaners of the Haram. There were two of them on a ladder cleaning the chandeliers. One of them, despite being on the highest point of the ladder was unable to reach the top of the fitting. So he casually asked the one below him to hand him a few copies of the Quran, which he placed on the last step of the ladder and then stepped on those Qurans so he could reach that part of the chandelier!!!”

May Allah protect us!

The reality is that when one begins to compromise on the minor practices (if they could be referred to as minor) then there is no stopping. It’s like slippery ice, and slippery ice no joke!

From where to where

During my stay in Madinah Munawwarah in the year 2000, I would frequently visit an elder Scholar; Shaykh Sayyid, ‘Abbas Saqar (rahimahullah).

He once mentioned that in his childhood, the Qurans would not be left on open stands all over the Haram (as is the existing norm in the Haramain). Instead they were locked in a special cabinet, and the keys would be by a responsible caretaker. He says: “The Quran would not be handed out to children” (because of their lack of respect) After saying this he lamented over the current state of disrespect towards the Holy Book of Allah.

Shaykh ‘Abbas (rahimahullah) passed away a few years later in Salah during Ramadan. May Allah shower his special mercies upon his soul. He was a very warm and passionate Scholar.

All who visit the Haramain, will be witness to the sad sight of disrespect shown to the Quran. People carry the Quran like they carry their shoes; i.e. on their sides instead of holding it by the heart. The Quran is found lying on the floor all over. This is where it all started. Then it led to the sad, depressing state that is quoted above.

In our case, it may start from allowing ourselves or our kids to place other books (in some cases un-Islamic magazines) and other items on top of the Quran. Be careful before someone thinks of standing or sitting on it!

So, Yes! Adab is really that important!

Let’s not underestimate the magnitude of respect and etiquette. If we fail in this regard, one can never imagine what could be the result…

May Allah protect and guide us all. Amin.

Adab Inspirations respect for quran 2013-05-15
Ml Muhammad Abasoomar
Share
Previous Inheritance, the full detail
Next Istikharah in the Light of the Sunnah