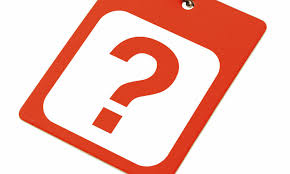 The purpose of this discussion is to illustrate that the conclusion of a particular Muhaddith is not necessarily final. Neither can it be enforced on others in the event of there being other legitimate opinions on that issue.

The system of grading Hadith is إجتهادى (Ijtihadi); open to difference of opinion.

The procedure of classifying the merit of the narrators and the authenticity of the Hadiths is one which is open to difference of opinion. No Hadith has ever been graded via wahy (revelation from Almighty Allah). The level of authenticity of Hadiths is judged by rules laid down by the scholars. There is no mention in the Quran or Hadith of any particular Hadith being classified as authentic or unauthentic.

This proves that the field of grading Hadith is prone to conflict.

One who has even a little acquaintance with the books of Hadith would frequently encounter such differences of opinion.

Therefore, if a Muhaddith (Hadith expert) classifies a particular Hadith as authentic, there may still be others who disagree with him and vice-versa.

The famous difference of opinion between Imam Bukhari (rahimahullah) and Imam Muslim (rahimahullah) concerning the credibility of certain narrators is a clear proof of this.

Proof from the statements of the Scholars

i.e., these are as legitimate as the conflicting views of the Jurists.

“Sometimes a narrator may be reliable according to Imam Muslim (rahimahullah) and unreliable in the view of others.”

“Sometimes a Muhaddith classifies a particular narrator as ‘Matruk’ (very weak) whereas others accept him (as reliable) and use his Hadith as proof.”

“There are numerous Hadiths whose classification is debated; some scholars declare them as hasan (sound) and others deem them was weak.”

“There are many narrations which were deemed as weak by some experts and hasan (sound) by others.”

“There are innumerable quotations from the scholars that prove the above. Perhaps what I have cited is sufficient. Therefore a Hadith (or a narrator) being authentic or unauthentic according to one, doesn’t necessitate the same according to others.”

The above ten quotations support the subject of my article more than sufficiently.

It would thus be incorrect to enforce the classification of one Muhaddith over another. Obviously, the classifications that need to be respected are those that were issued by qualified Hadith experts. The view of an unqualified entity will not be accommodated!

The causes for such conflict

There could be many reasons for such conflict, some of them are:

Certain Muhaddithun have laid down more strict conditions for the acceptance of a Hadith compared to others. These conditions vary from the standard of the narrator, to the strength of continuity in the chain and so on.

For example: it’s no secret that Imam Bukhari (rahimahullah) had a stricter criterion for acceptance than others.

“..and the standard of Bukhari in his book is more vigorous and satisfying”

Based on the above, a Hadith may be considered as unauthentic according to Imam Bukhari (rahimahullah), but Sahih (authentic) according to others.

Sometimes the Scholars have varied acceptance criteria for narrators specifically.

This difference in criteria is also one of the reasons why at times Ibn Hiban (rahimahullah) accepts a narrator as authentic while others may challenge him in that.

Similarly, the Fuqaha (jurists) differ extensively with the Muhaddithun in some fundamental conditions of authenticity. Imam Ibn Daqiqul ‘Eid (rahimahullah) has mentioned: “Many causes for weakness in a Hadith that the Muhaddithun apply, are not applicable according to the Fuqaha.’

“The Imams of fiqh and Hadith, each have a different method [of authenticating Hadith].’

A third reason for such conflict is that these conflicting Muhaddithun may have been commenting on totally different chains. (see: Al-Bahrul ladhi zakhar, vol.2 pg.869) One of them may have had a chain which is weak, while the other found a chain that is authentic. This is one reason Ibnul Jawzi (rahimahullah) declared several authentic narrations as fabrications; because he was commenting on one particular chain which may be fabricated in reality, but there existed other chains that were authentic. Many such examples can be found in ‘Allamah Suyuti’s (rahimahullah) rebuttal on Ibnul Jawzi (rahimahullah) entitled: “Al-La-alil Masnu’ah”.

Hafiz Ibn Hajar al-‘Asqalani (rahimahullah) states that sometimes a Muhaddith classifies a certain Hadith as weak, very weak or even as a fabrication based on one or two chains that are available to him, although there are other chains through which that Hadith may be classified as hasan (sound) or even sahih (authentic).

Hafiz Ibn Hajar (rahimahullah) then mentions the Hadith of Salat al-Tasbih as an example for this.

Another probability could be that some Muhaddithun may have had weak chains but when a third person gathers all these weak chains he concludes that collectively all these chains acquire enough strength to render the Hadith as acceptable. See example number two in the next section.

In some scenarios like the above, certain Muhaddithun become convinced of the authenticity of a narration due to the collective strength of the chains. However, others may not be convinced despite the abundant chains for that Hadith.

The issue of Imam Tirmidhi classifying some Hadiths as Hasan Sahih is also an example of this phenomenon.

In fact, this fluctuation in conviction is sometimes found in one Muhaddith himself. That he first accepts a particular Hadith and later on rejects it or vice versa.

“At times a Muhaddith changes his view on one particular narration a few times; on one day he may declare it sahih (authentic), on another day he deems it hasan (sound). Sometimes he may end up classifying it as weak.”

‘Abdullah ibn ‘Umar Al-‘Umri (rahimahullah); was a descendant of Sayyiduna ‘Umar (radiyallahu’anhu). The scholars of Hadith (rahimahumullah) have the following to say regarding him:

Imam Ahmad said: There is nothing wrong with him.

Imam Nasai said: He is weak in Hadith.

This is only one of countless examples of ‘differed upon’ narrators of Hadith. The books of rijal (Hadith narrators) are filled with such cases.

To acquire knowledge is an obligation upon every Muslim.

This Hadith has been classified as weak by several Muhaddithun; like Imam Ahmad, Yahya bin Ma’in and others (rahimahumullah). However, the latter-day Muhaddithun have accepted its authenticity. Some of them regard it as Hasan (sound) whilst others have claimed it has reached the level of Sahih.

3) Several Muhaddithun have refuted the authenticity of the Hadith:

We have returned from a minor form of Jihad to a greater one (Jihad of one’s carnal desires).

Hafiz ibn Hajar (rahimahullah) has mentioned that it is in actual fact a statement of Ibrahim ibn Abi ‘Ablah. Mullah Ali Qari has subsequently confirmed this.

Hafiz Iraqi (rahimahullah) has accepted it as a statement of Rasulullah (sallallahu ‘alaihi wasallam) although he has graded it as (Dha’if) weak,

Even Hafiz Ibn Rajab (rahimahullah) has a similar verdict.

The author of Tafsir Ruhul Ma’ani has also accepted it as a Hadith.

Here again one witnesses this extensive variation in the classification of this Hadith.

4) Hasan Basri (rahimahullah) was a very senior scholar among the Tabi’un. However, there exists broad difference of opinion in regards to which Sahabah he met in his life.

For example, the Muhaddithun have said the following with regards to him meeting Sayyiduna Abu Bakrah (radiyallahu’anhu):

These are just a few reasons and examples of the conflict of the Muhaddithun on this aspect of Hadith. This is absolutely normal and is no reason for concern. Each qualified Muhaddith/Faqih/Mujtahid is bound by his own personal findings.

The following conclusions are derived from the above:

Each of them have arrived at their conclusion in their own legitimate way, which should be respected.

My Esteemed Teacher, Al-Muhaddith Shaykh Muhamad ‘Awwamah (hafizhahullah) has repeatedly eluded the need for such tolrance in his books, especially in the book: Adabul Ikhtilaf and his footnotes on Tadribur Rawi.

May Allah Ta’ala grant us the proper understanding of the above, and may He protect the ummah from unnecessary intolerance and fanaticism in matters that are to be kept free of bigotry. Amin.

Engaging in unhealthy debate is a waste of valuable time.