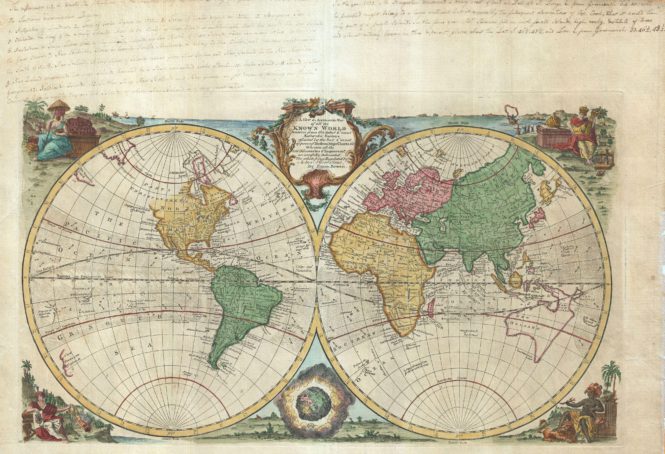 Imam ‘Umar ibn ‘Abdil Karim Al-Rawwasi (rahimahullah) was born in the year 428 A.H, in Dihistan and he passed away in 503 A.H.

What they said about him

Imam Abu Ja’far al-Hamazhani (rahimahullah) says: “I never saw in those countries anyone like him, instead not in the entire world! He was a mobile book. He travelled the world in search of the knowledge of Hadith. I met him in Makkah and I saw the ‘Ulama praising and speaking good about him. Thereafter I met him in Jurjan and befriended him.

He was an expert in this field, to such an extent that his teacher Khatib Al-Baghdadi (rahimahullah) as well as other great ‘Ulama and Muhaddithun acquired hadith from him. Imam Ghazali (rahimahullah) corrected his copy of the Sahihayn (Sahih Bukhari and Sahih Muslim, the two most celebrated books of Hadith) from him.”

Imam Al- Sam’ani (rahimahullah) mentions regarding him in his book, “Al-Ansab “:

“He was one of the leading scholars of his time. He had traveled extensively and gathered knowledge from places such as : Khurasan, ‘Iraq, Syria, Hijaz , Egypt and Al-Jazeerah.

The Product of Respect for a Scholar

Once  Shaykh Abu Mas’ood Ahmad  Al-Bajali (rahimahullah) came to Dihistan. While he was there, he needed to to purchase a head from the father of Imam ‘Umar (The father’s name was:Abul Hasan). The father said : “I recognize you to be a person of knowledge and it doesn’t befit you that you sit in my shop, so go to the masjid and I will deliver it to you. When he went to the masjid, Abul Hasan (the father of Imam ‘Umar Al-Rawwasi (rahimahullah) sent  his son ‘Umar to the Shaykh, with well roasted head with clean bread, vinegar and herbs. Imam ‘Umar (rahimahullah)at the time was a very young boy.

Shaykh Abu Mas’ud (rahimahullah) was very pleased by this deed of the head-seller.

So when he completed his meal, he thanked the head-seller and said: “You have done good to me but I have nothing with which I could recompense you. Is it possible that you send your son to me so that I may teach him some of the noble Hadiths of Rasulullah (sallallahu ‘alayhi wasallam)?”

The father was delighted with the idea and sent him along.

Thereafter Shaykh Abu Mas’ud (rahimahullah) took Imam ‘Umar Al-Rawwasi (rahimahullah) with him to the ‘Ulama of Dihistan and he also taught him personally. In this manner the knowledge of Hadith opened up to him as he traveled long distances on his own thereafter collecting Hadiths that no other person from his contemporaries did and in doing so he mastered the field.

Imam Khuzaimah ibn ‘Ali Al-Marwazi (rahimahullah) says: “ Once Imam ‘Umar Al-Rawwasi’s (rahimahullah) fingers fell off while on sojourn due to the extreme cold!!”

On one occasion Imam Abu Bakr Al-Sam’ani (rahimahullah) asked Imam ‘Umar (rahimahullah) to come to Marw so that he may benefit from him. He remarked to his students: “ Iintend to go to Marw but Sarakhs is on the way and it has became famous to be the “graveyard of knowledge”  so I don’t know if I will make it to Marw. It is said that he passed away in Sarakhs before he reached Marw in Rabi’uth thani, in the year 503 A.H.

May Allah shower his abundant mercy upon him, and grant him Jannah. May Allah grant us the ability to follow in the footsteps of such ‘Ulama. Amin.

Extracted from the book: صفحات من صبر العلماء على شدائد العلم والتحصيل “Incidents of the sacrifices of the ‘Ulama in their quest for knowledge” By Shaykh ‘Abdul Fattah Abu Ghuddah (rahimahullah)

Note: He probably referred to Sarakhs as “the graveyard of knowledge” due to the large number of scholars who may have passed away there. Allah knows best.

Among the many lessons to be learnt from the life of Imam ‘Umar Al-Rawwasi (rahimahullah) are :

When one studies the life of the earlier scholars, one realises how far off we are from even trying to emulate them.
May Allah guide us all to the correct path. Amin.
Adab Inspirations islamic manners Sacrifice of the Scholars 2013-09-29
Ml Muhammad Abasoomar
Share
Previous The progressive slide; Then and Now
Next Sallallahu ‘alayhi wasallam, Not S.A.W.!