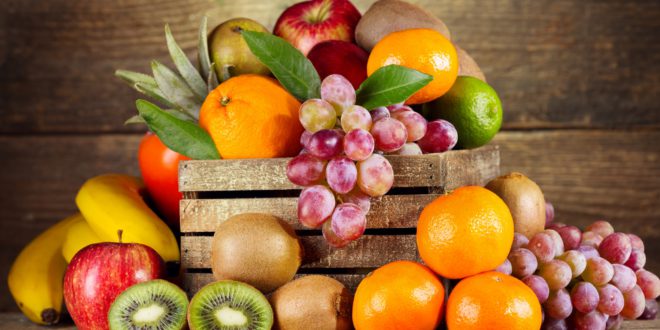 Allah Ta’ala has repeatedly made reference to the gift of fruit in the Holy Quran.

In one verse Allah Ta’ala says:

“Do you not see that Allah sends down rain from the sky, and we produce therewith fruits of various colours.”

“and He sent down rain from the sky and brought forth fruits as provision for you.”

Gratitude for all Bounties

Fruits and vegetables are great bounties of Allah Ta’ala upon the creation. Some provide nourishment and others are a source of satisfaction and refreshment. As Muslims, we have been taught in the Quran and Hadith to be thankful to Allah Ta’ala -our Sole Sustainer- for every minute bounty of His. It is only becoming of a true believer that he remembers his creator during times of enjoyment and happiness just as he turns to Almighty Allah in the times of difficulty and distress.

The practice of Rasulullah (sallallahu ’alayhi wasallam) at the time of receiving the first fruit of the season was that he would firstly show utmost respect for it, he would then recite a supplication to Allah Ta’ala. Thereafter he would not partake of it himself; instead he would give it to any child that was present.

Translation: O Allah! just as You have shown us the first of it, allow us to see the last of it.

‘Allamah Haithami (rahimahullah) has declared the narration of Al-Mu’jamus Saghir as sahih (authentic).

The reason for giving it to the child is either because of the similarity between the two that both are new in the world or because of the extreme joy that a child experiences through this. (Al-Futuhatur Rabbaniyyah, vol. 6 pg. 235-236)

Hafiz ibn ‘Allan (rahimahullah) mentions that the reason for Rasulullah (sallallahu ’alayhi wasallam) kissing the fruit and touching it to his eyes is because it has been newly created by Almighty Allah. Just as Rasulullah (sallallahu ’alayhi wasallam) used to go out in the rain and open his chest (so the rain may touch him) and he would say: “Verily it (the raindrops) have only recently arrived from my Lord!’(Sahih Muslim, Hadith: 2080)

The following Du’a has also been authentically recorded to have been recited by Rasulullah (sallallahu ’alayhi wasallam) upon sighting the first fruit of the season:

The Sahabah (radiyallahu ‘anhum) would bring the first produce of their orchards to Rasulullah (sallallahu ‘alayhi wasallam). Many people today emulate that in a way by presenting their first produce to their teachers, seniors etc.

The following are among the fruits that Rasulullah (sallallahu ’alayhi wasallam) is reported to have consumed in his lifetime:

Sayyidunna Abdullah ibn ‘Abbas (radiyallahu ’anhuma) is reported to have commented that in each pomegranate there is a seed from Jannah. (Majma’uz Zawaid, vol. 5 pg. 45)

In fact, the Quran states that pomegranates will be among the fruit of Jannah. (Surah Ar-Rahman: verse: 68)

6. Cucumbers. Rasulullah (sallallahu ’alayhi wasallam) would relish this. He would at times prefer to have it with a bit of salt.

Each season of the year brings its own fruits. Lets implement the above sunnah and turn these bounties of Allah Ta’ala into “Blessed Fruits”

Adopt a Sunnah Did you know? 2013-11-20
Ml Muhammad Abasoomar
Share
Previous The Value of Adhan
Next The purpose of our existence; to do ihsan (good)