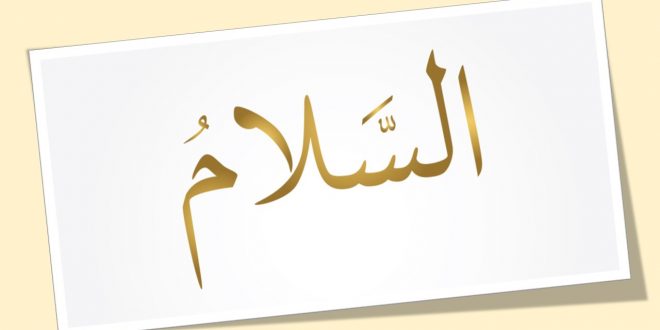 Get the reply and du’as of the Angels

In Islam, we are constantly taught to focus on our duty, irrespective of whether the next party does their part or not.

We are answerable for our own deeds, not that of others.

Likewise, we are rewarded for doing our duty, even if others fail.

In keeping with this teaching, we find that if one says Salam to his fellow Muslim and does not receive a reply, Allah Ta’ala instructs the Angels to actually reply to him.

Similarly, when one sneezes and says Alhamdulillah. If nobody replies to him, here too the Angels and other creations reply to him.

A Beautiful Hadith on Salam

‘As-Salam is one of the names of Allah Ta’ala that has been placed on Earth. So, spread it amongst yourselves!
For indeed when a Muslim passes by a group of people and greets them [first] with Salam and they reply to him, he will supersede their rank by virtue of merely reminding them of the Salam.

If they do not reply to him, then those [Angels] who are better and more purer will have replied!

Let’s take advantage of this beautiful benefit of saying Salam first, and also be assured that in the event of the person not replying, its the Angels of Allah who will reply to our greeting insha Allah.

The Angel’s reply to our sneeze

‘When one sneezes, [even if he is alone] he should still say: Alhamdulillahi Rabbil ‘Alamin.

When he does so, the Angels reply to him saying: Yarhamukallah.’

(May Allah have mercy on you)

‘Therefore, after saying Alhamdulillah… one who is alone [or one who does not receive a reply from those present] should say:

(May Allah Ta’ala have mercy on you and I)

As a reply to the Angels and other creation.

May Allah Ta’ala grant us the tawfiq (ability) to practice on the above.